Ad blocker detected: Our website is made possible by displaying online advertisements to our visitors. Please consider supporting us by disabling your ad blocker on our website.

IF you are a Ranger or are serving/have served in the Armed Forces, please include your dates of service, unit(s) and additional info. Please protect your privacy by not including full names and current personal information.

Forum rules
IF you are a Ranger or are serving/have served in the Armed Forces, please include your dates of service, unit(s) and additional info. Please protect your privacy by not including full names and current personal information.
Post Reply
10 posts • Page 1 of 1 I am the guy right below the A and the N in the tab sign.


This is a pic of 3rd platoon barracks floor in the 80s. In the pic: Ranger A. Stefl escorting cherry Ranger J. Shizler to CIF.


What I have learned over the years is that no one has the same frame of mind as we have. Trying to tell them about Rangering, or overcoming adversity, or our experiences and what we've learned about about ourselves and others falls on deaf ears.

That why I am coming here - to gather around the warming fire with my brothers and hang out.

I recognize both of your class Tacs.

Remember, always be yourself....unless you're Batman. In that case, be Batman.
Top

I recognize both of your class Tacs. 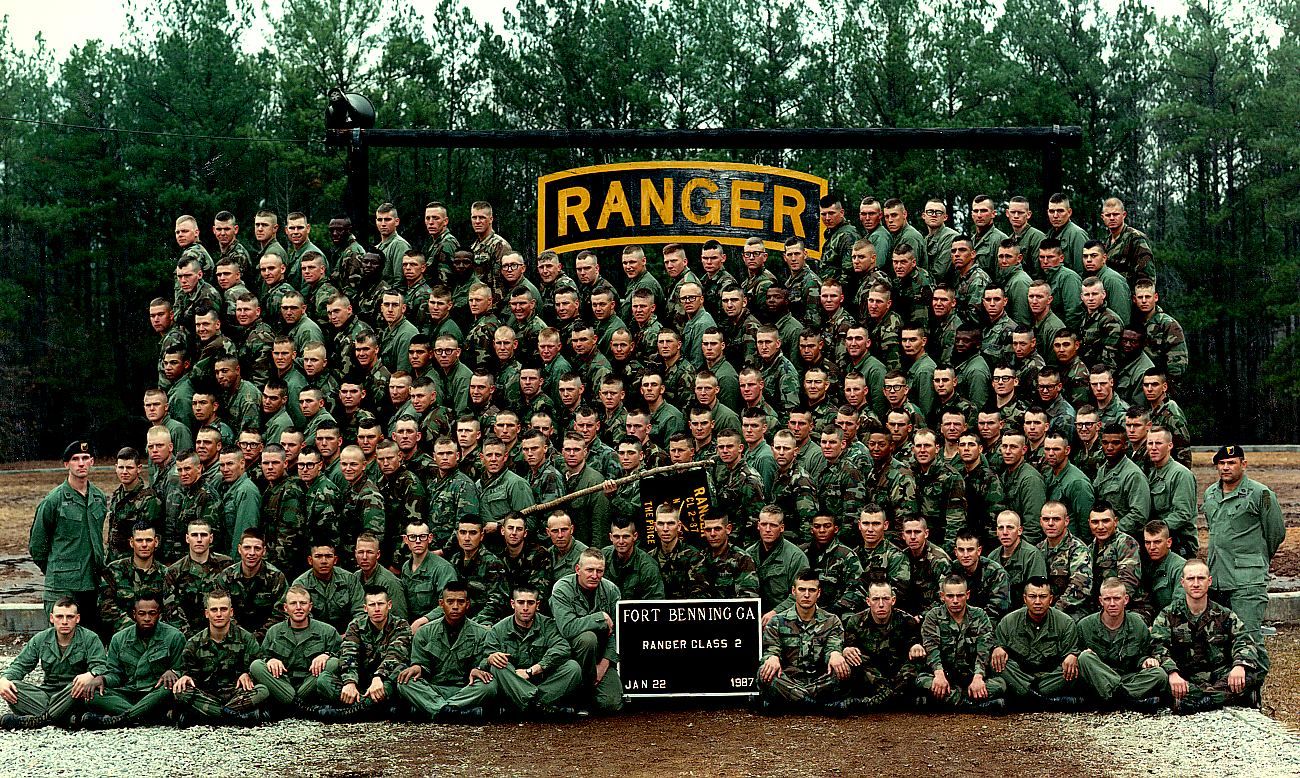 Thanks for the welcome. I would have written more, but I don't have really anymore cool experiences than you guys have. I stood my watch while I was in my battalion. My generation never got deployed until Panama, which was about two months after I ETSed. It was bummer being home while my brothers were CM. But that's how it ended up, they went, I didn't, so that was that. I respect you guys who deployed, "to perform special operations in support of US objectives".

I feel privileged to have served as a ranger. I have ultimate respect for you who did, and are still going downrange.

So that's me. I also served as officer in legland (armor branch). The first time I reported to my commander, the very first thing out of his mouth was "We don't do that ranger discipline here." My thoughts were "Well who's fault is that?" I clammed up though.

I chose armor for my branch. I was tired of walking. (Fun fact: minimum GT score To be a tanker is 80). Although it was an honor to walk in the shoes of General Patton and Field Martial Rommell, I stiill learned a good lesson from my service in legland. That lesson was:

Oh I want to point something out.
In my graduation picture, the little guy in the first row second from the right, sitting like Miyamoto Musashi is my best friend, Gene Totorella. Or rather, it was. He died by his own hand in about 2012. He was the most intense guy in my platoon. That leads to the second thing I want to say in all caps:

IF YOU ARE HURTING GET HELP!!

OK it was good writing to you all. It's nice to be back in patrol base.

P.S. One extra thing, when you muster out.
GET YOUR ETS PHYSICAL
No excuses. Just do it. You are going to get old some day. Being a ranger, you will undoubtedly will have some road miles on you and you will need healthcare in the future. Don't burden yourself or your family with insane medical bills. VA coverage is your most valuable benefit as a veteran. Yes you are a young buck now. You won't always be. At the very least you will probably have knee damage. Also, it's important to get seen when you are injured. If its not in your military medical record, to the VA it didn't happen. You are not being a pussy for going on sick call if you need it. Here is a secret: you only have to get "0%" disabled to have VA medical care for life. 0% disabled means something like- the VA recognizes your injury, and later in life if/when it gets worse, you can get reevaluated for % disability. The last thing I can tell you guys is, there are many veterans service org that will help you file.
A co 1/75 86 -89
1st BDE 1st CD 94 - 99
Top

Remember, always be yourself....unless you're Batman. In that case, be Batman.
Top

Welcome to the site, brother. Good words from you reference ETS stuff. They really are trying to improve our resources as we close in on ETS/Retirement. You can still royally screw yourself over if you don't seek stuff out but there is no excuse not to other than you don't care about yourself or family... which happens. But generally there isn't a lack of systems and processes there to support folks if they invest a little interest.